The thing about men and women… 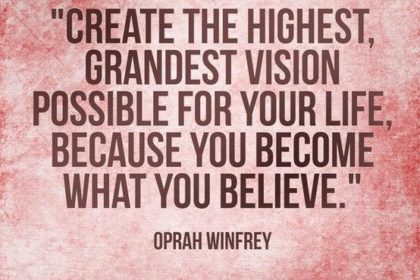 It’s such a hot topic; the sexes bantering and blaming, romancing and dancing, women furious with men in public protests about unfair advantage. Since The Garden of Eden, there has been a rift. Maybe Adam’s body was aching when the Lord took out that rib and that’s when the challenges really began. Maybe it was in the set up of two genders that the collaboration and the competition both started. I don’t claim to know, I just ponder. However, I do know that I grew up in a time when there was an embrace between the genders that seems to have evaporated across our culture overall.

I recall when life was simple.

In today’s culture, there is a high level of stress with an overarching theme of blame; women blaming men for lack of freedom and opportunity in the workplace and society overall. This mindset has actually divided us as a humanity and created an unnecessary pressure for both women and men. Progress is made not through the blame game but instead with illumination and dialogue, and with behaviors that demonstrate how to win through collaboration. Bob Chapman of the Barry Wehmiller group writes about empathic  listening. Indeed it makes for an open platform where productive outcomes emerge through appreciation.

The inspiration to write this particular article emerges from conversation about an awards luncheon for successful business women. To this I say — great. However, my prayer is that it is not an event of anything other than celebration of genuine accomplishment.

How sad it is that men and women have a distinct divide about power, influence, access, and position due to gender. Can’t we simply celebrate together, side by side, sharing the load of life and embrace one another on the journey?! There are couples who accomplish this and partnerships as well but our culture would benefit from same.

The beauty of the genders is truly in how they fit together — physically, psychologically, and emotionally. When it comes to the arguments and bickering, I find myself bewildered because the truth is that we need one another. There is a genuine balance that happens when the room is mixed with males and females. Time spent within our separate groups can be healthy but the idea of creating exclusion while feeling outcast from the same behavior is unfair and also unproductive.

Marches where women are protesting against men leave me feeling sad and frustrated. I’ve not witnessed marches of men against women.

Fact is that we women end up in our most senior vulnerable years without our male mates beside beside us because they most often precede us in death. Cardiovascular disease has long been a leading cause of death for our men….but woman have suffered a significant rise in their incidence as well; its so often a lifestyle disease based in stress.

I’m a lifelong entrepreneur, a lifelong working business owner and professional producer but I don’t feel shortchanged by men or competitive with them. I rejoice in our blessed differences and love where we come together. I love the men in my business life and my personal realm….and I love the women just as much. I refuse to see or entertain the acrimony and hold the harmony, it is sweet.

Bottom line for me is simple — we all need one another. Fabulous ways to spend your time What is it about money?